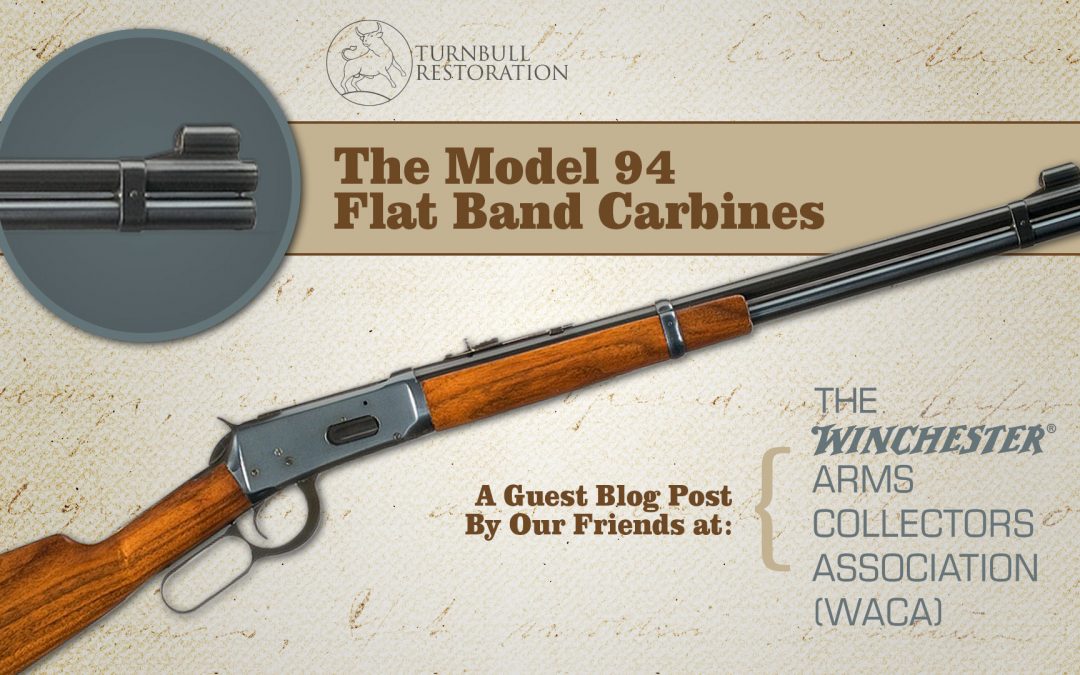 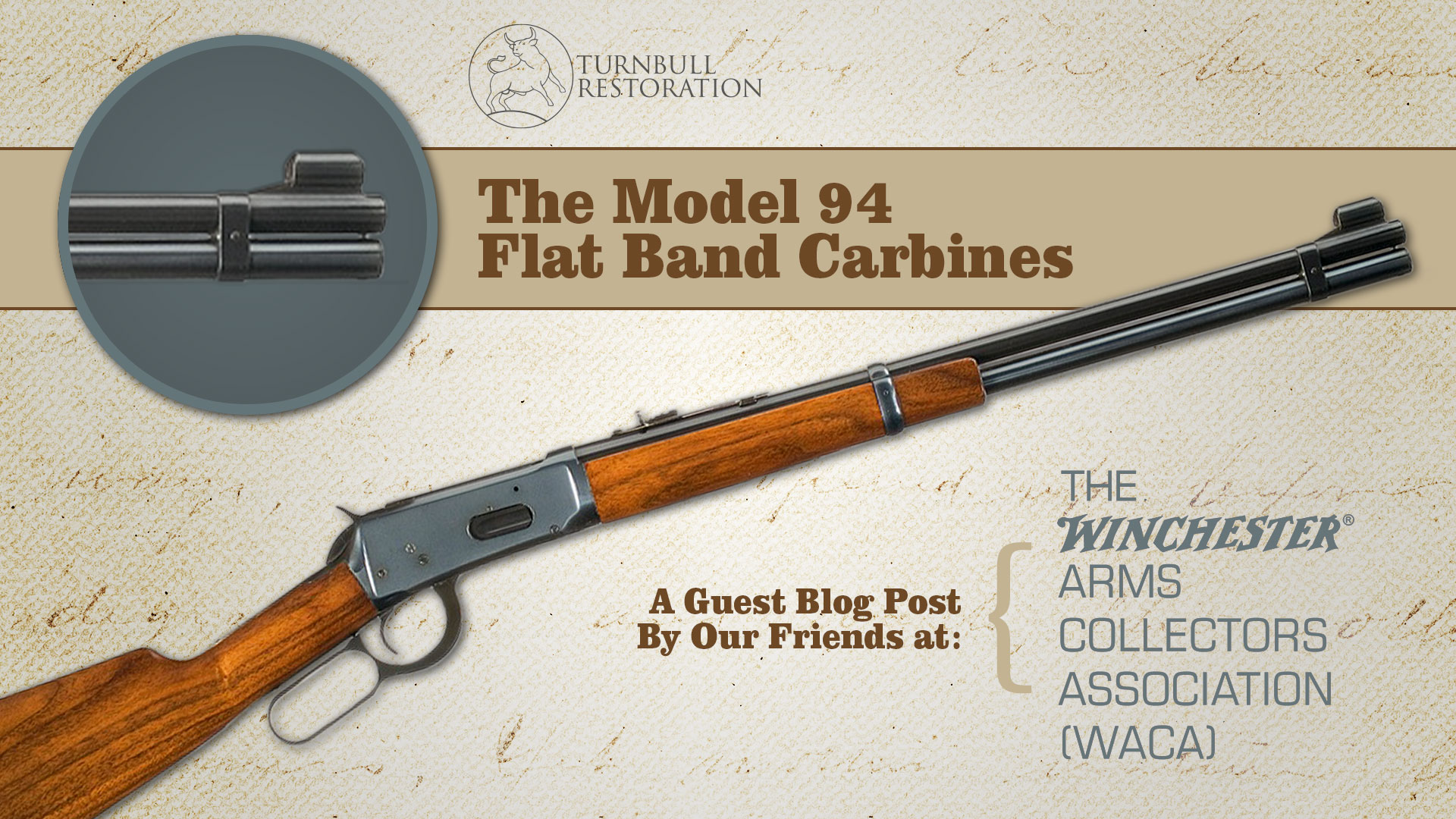 We’re excited to publish the first in a series of guest blog posts graciously provided by our friends at the Winchester Arms Collectors Association (WACA).

WACA is a not-for-profit, tax-exempt corporation with a worldwide membership of over 3,000. The members are devoted to the preservation, understanding and collecting of Winchester firearms and related products as well as the role these products had in forging America’s heritage. As WACA members ourselves, we’re proud to play our part in this mission.

Our goal with this guest blog series is to share WACA members’ outstanding knowledge and passion for Winchester firearms. We will share articles aimed at informing Winchester owners and enhancing their collecting experience, along with personal stories and memories related to Winchester firearms that we hope will resonate with you as much as they do with us.

Without further ado, here’s our first WACA guest post. We encourage your thoughts in the comments section below.

The Model 94 Carbine evolved frequently during its 123-year lifespan, and as a result of its continual evolution, many uniquely different variations were produced. One of the more noticeable variations manufactured was one that we collectors refer to as the “Flat Band” Carbine.

It has often been written and discussed that the Flat Band Carbine came to be as the result of Winchester’s efforts to support WWII firearms production, and that they were manufactured in the years 1943–1948. However, and as you will soon discover in the presented facts to follow, the Flat Band Carbine variation was just another example of Winchester’s frequent attempts to reduce the production time and cost… after WWII had ended and sporting firearms production had been resumed.

When discussing the “Flat Band” Carbine, it is in direct reference to the front barrel band, which was formerly manufactured with a rounded milled contour, both examples shown below.

Flat Band: the barrel band is perfectly flat across the width of the band. That made for a less complex and faster milling operation to produce it. (Click/tap image to enlarge)

Production of the Flat Band Carbine began approximately nine-months after Winchester had resumed production of the Model 94 following WWII. Based on the observed serial number range of the specimens surveyed thus far, the first Flat Band Carbines were manufactured in mid-July of the year 1946, beginning very near serial number 1373600 (there have been a very small number of specimens found with earlier serial numbers, but they were undoubtedly a case of Winchester using up older receivers).

Production of the Flat Band ended in mid-December of the year 1948 (approximately serial number 1547300), after nearly 139,000 of them had been manufactured, and again, a small number of parts clean-up specimens have been found as late as February 1949. Based on the detailed examination of several dozen Flat Band Carbines, thus far all of the verified barrel dates have been “46”, “47”, or “48.”

When the Flat Band Carbine production began in July of 1946, it was available in all three of the standard calibers; .25-35 WCF, .30 WCF, and .32 WS. The second model (type 2) receiver frame was standard, with a checkered (knurled) hammer, a slotted magazine tube cap, and a flat checkered steel butt plate. The upper tang was unmarked, and it was not drilled and tapped for a tang sight. Winchester had not yet begun drilling and tapping the left side of the receivers for mounting a peep sight as a standard feature, but that option could have been special ordered (for a Lyman No. 48 receiver sight). 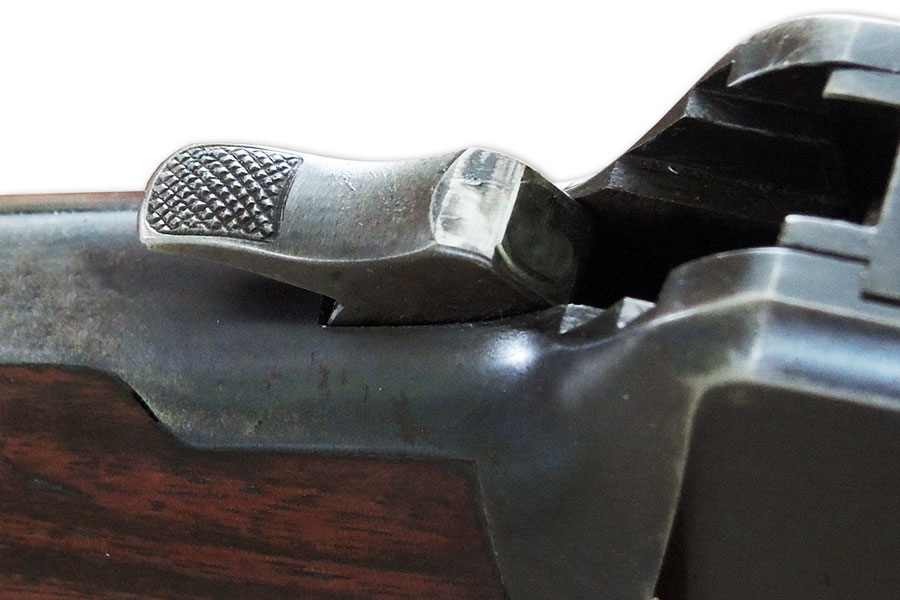 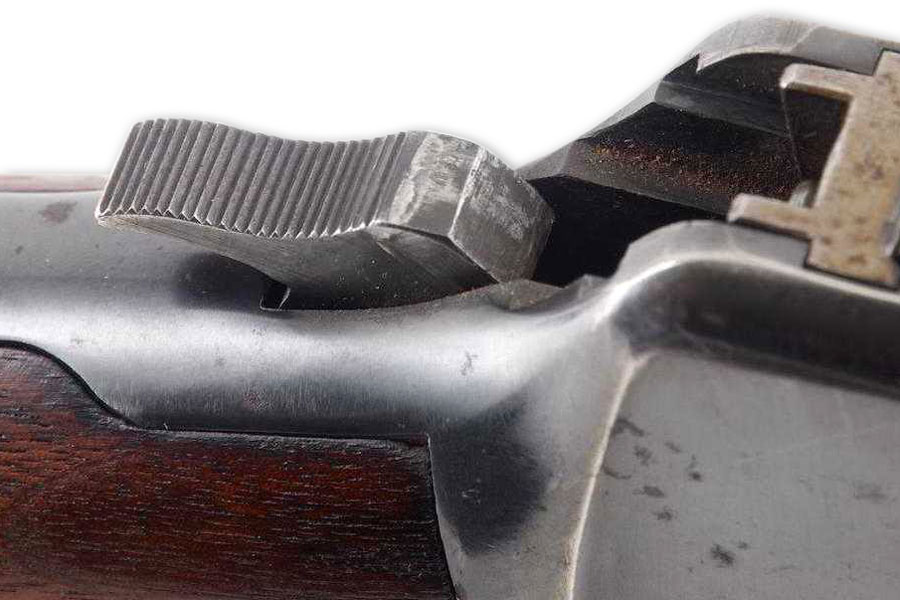 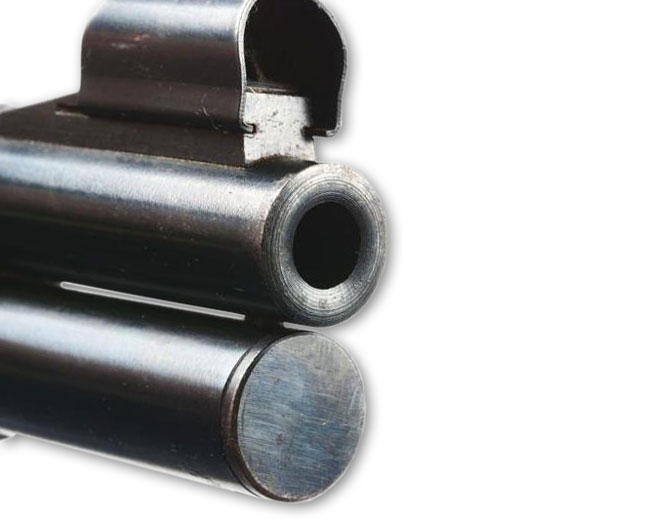 Winchester 94 Flat Band Carbines: As Rare as One Might Think?

As a point of interest, from the very first Flat Band Carbine serial number recorded in the research survey to the last one recorded thus far, the span of serial numbers is 190,144. Inside of that span, I have surveyed a total of 2,222 serial numbers (1.17%), with 1,624 of them being Flat Bands (73.09%), 442 being Model 64 Rifles (19.8%), and the remainder being Model 94 Carbines with a milled front band (in both the early and the late serial number transition ranges). When all of the totals are extrapolated, it indicates that approximately 139,000 Flat Band Carbines were manufactured.

There are a fair number of collectors and dealers that are of the opinion that the Flat Band Carbine variation is rare (and worth a premium), but this author/collector does not share that opinion. In support of my statement, there were many Winchester lever action models (e.g. the Models 53, 55, 64, 65, and 71) where the production totals for each did not come close to 139,000, and they are not considered to be rare. See the chart below.

As always, I look forward to hearing from all interested Model 94 collectors, and especially those who would like to contribute to the ongoing research survey. If you would like to participate in the survey, please contact me via e-mail or call (360) 881-0272 (evenings, Pacific Standard Time), or visit the WACA website forums by clicking here.

Reproduced with kind permission from the Winchester Arms Collectors Association (WACA). All images courtesy of WACA.

This article was previously published in the Winter 2018 issue of The Winchester Collector. To greatly enhance your collecting experience, join the Winchester Arms Collectors Association (WACA). It’s only $50 per year, and you’ll receive our quarterly magazine with great articles on historic Winchesters and Henry rifles, along with many other member benefits such as 15 additional record searches for Cody Firearms Museum members. It’s easy to join online with a credit card by clicking here. 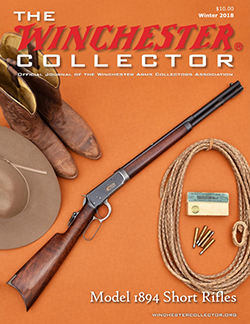