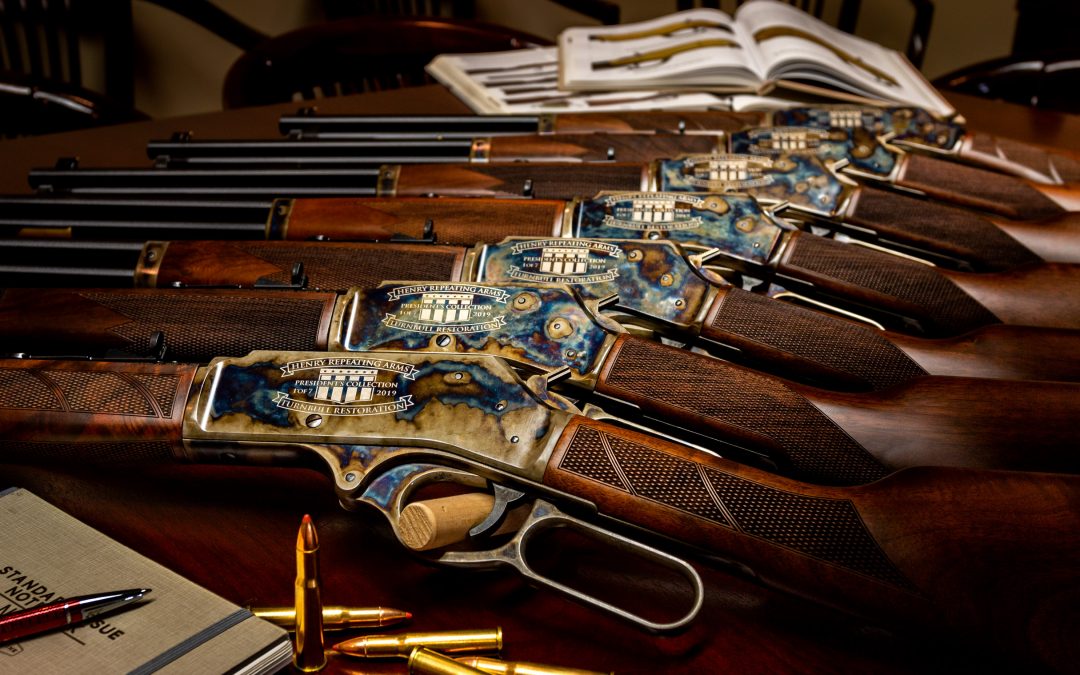 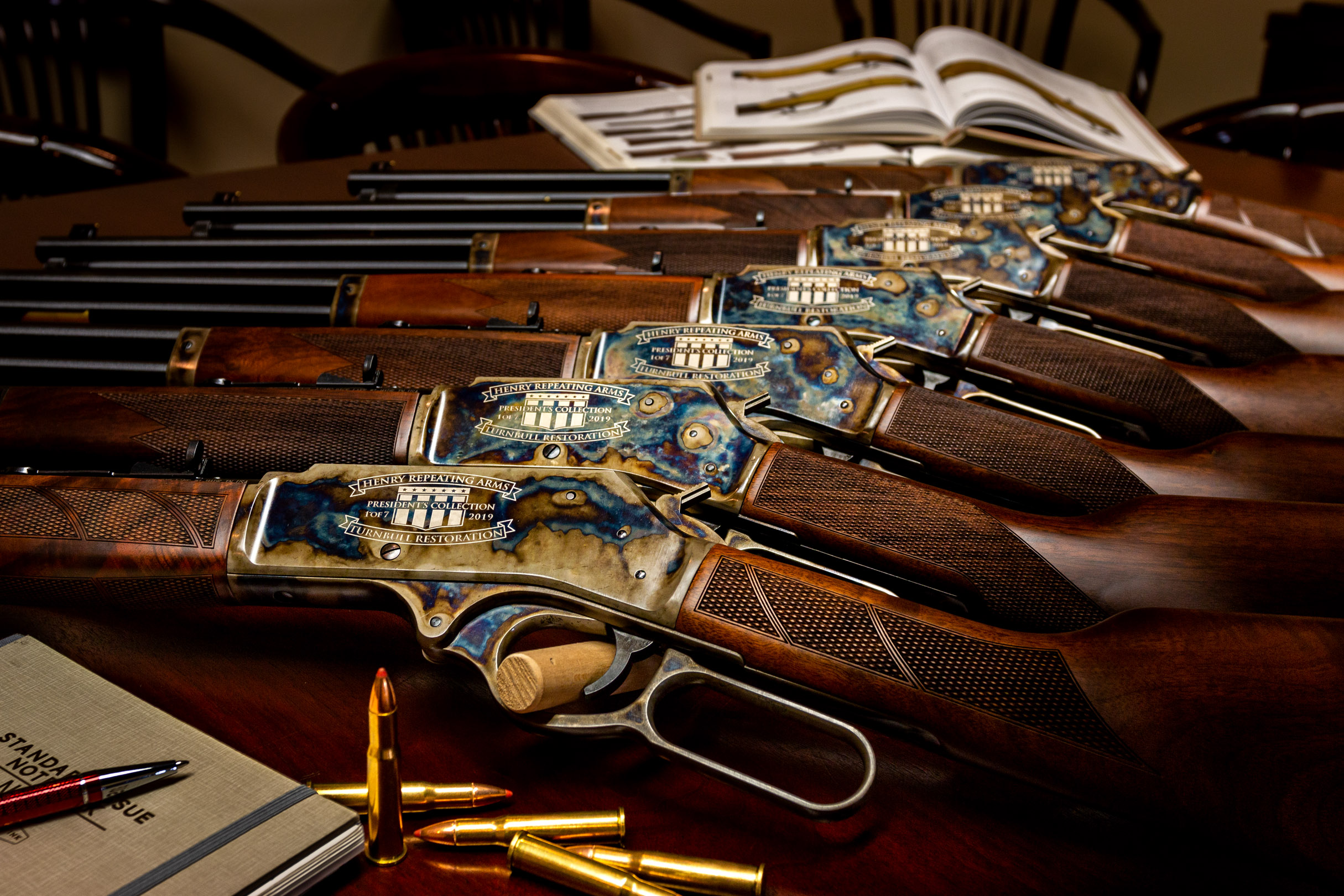 An Exciting Collaboration with Henry Repeating Arms,
Made Even Better by Teaming Up with NSSF and Top Shot Armory

We’re proud and excited to collaborate with Henry Repeating Arms, one of the most revered names in American firearms manufacturing. Together we’ve created a special series of popular Henry large-bore rifles, which are finished with Turnbull Restoration’s bone charcoal color case hardening. And to kick everything off, seven new “Henry-Turnbull President’s Collection” rifles will be featured as 2019 SHOT Show auction rifles.

Auction details? We’ve got you covered.

Together with NSSF (National Shooting Sports Foundation, the organizer and promoter of SHOT Show), we considered whether the seven rifles should be auctioned as a package or individually. Ultimately, the decision was made to auction the guns individually so as not to force a collector to purchase all seven guns when he or she might specialize in collecting only one caliber. So, seven individual “President’s Collection” rifles will be auctioned on GunBroker.com from approximately Dec 22, 2018 until 5:00 PM eastern time, Friday, January 25, 2019.

A Limited Edition release too? Yep. Read on.

To add to our excitement around this collaboration, the seven calibers (non-engraved) are being produced in a limited edition of 250 rifles each. These will be available after SHOT Show exclusively through Top Shot Armory. Bookmark their website to be among the first to know when they become available for purchase. UPDATE: The family of limited edition Henry-Turnbull rifles is now available on the Top Shot Armory website.

These one-of-a-kind MADE IN AMERICA Henry firearms feature bone charcoal (as in authentic, period-correct) color case hardened steel receivers, the legendary smooth Henry lever action, 20” round barrel and 10-round capacity. Each rifle features select walnut stock with checkered grip. They’re new-in-box, and include brochures and factory warranty. There are five Henry Big Boy editions including .44 Magnum, .45Colt, .357 Magnum, .327 FED Magnum, and .41 Magnum. Rounding out the series of seven are the classic Henry .30-30 and .45-70.