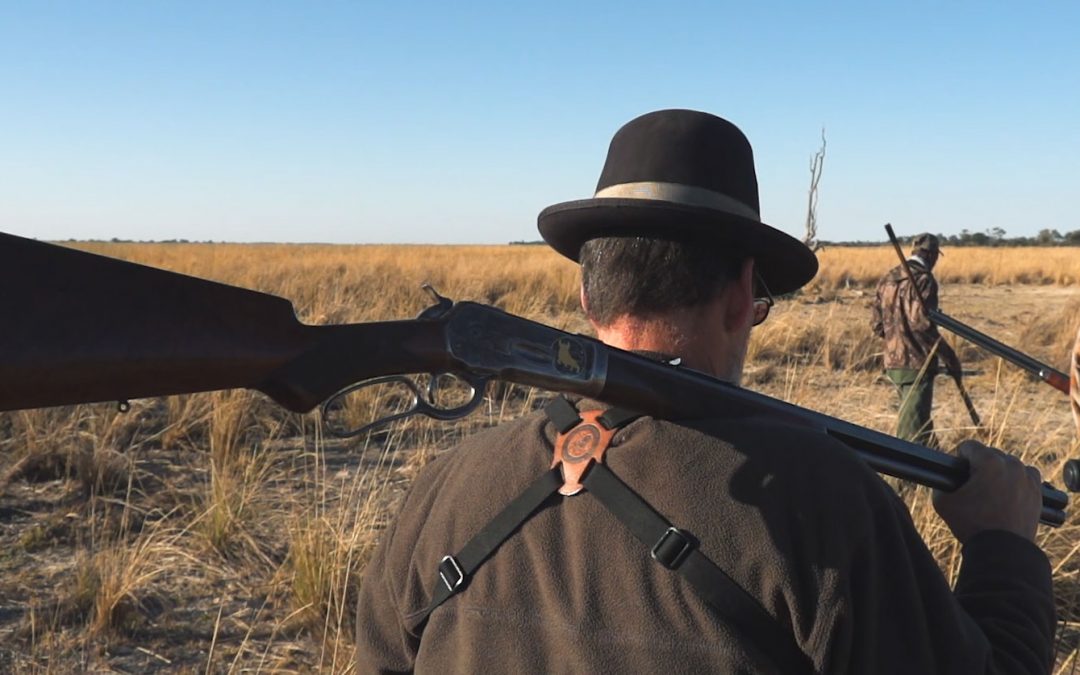 In summer of 2019 Doug set off for Africa. He was participating in a management hunt with friend and writer Joseph von Benedikt, as well as two of Joseph’s friends. The plan was to spend the next ten days at two different camps in Namibia, tracking and hunting a variety of wildlife. Both Joseph and Doug brought along Turnbull Model 1886 rifles (including a Turnbull-restored Winchester 1886), chambered for Doug’s own .475 Turnbull cartridge.

When Doug researches a possible African hunt he has a lot to consider. Beyond simply “can I afford it?” or “does it fit into my schedule?” there are questions like:

For this hunt Doug was able to get a hunting permit for a Cape Buffalo bull. Known in some countries as “Dagga Boys”, these lone males provide little to the ecosystem as non-breeders, but can be quite dangerous to humans. This type of hunt is appealing to international hunters because it’s often cheaper, it feels like a worthwhile and useful endeavor, and it’s dangerous. After all, why travel all the way to Africa if you’re not going to get your blood pumping?

Doug’s Cape Buffalo hunt certainly delivered on excitement. In the video a local videographer captured you can see the hunters hooting and hollering with relief after the bull goes down just meters away from their feet. The Professional Hunter (PH) on the other hand, realizes just how close the hunt was and stands in stunned silence. Once the initial burst of adrenaline wears off Doug pays his silent respects to the life taken before the buffalo’s body is harvested and donated to the local community. In Namibia as in the US, any food that the hunter can’t eat himself is shared with others.

There are benefits to regulated hunting in Africa, and elsewhere in the world. We become stewards of the global ecosystem when we embark on international hunts. Hunters have a responsibility to do their homework when considering any hunt; sighting in your rifle is just part of the preparation.