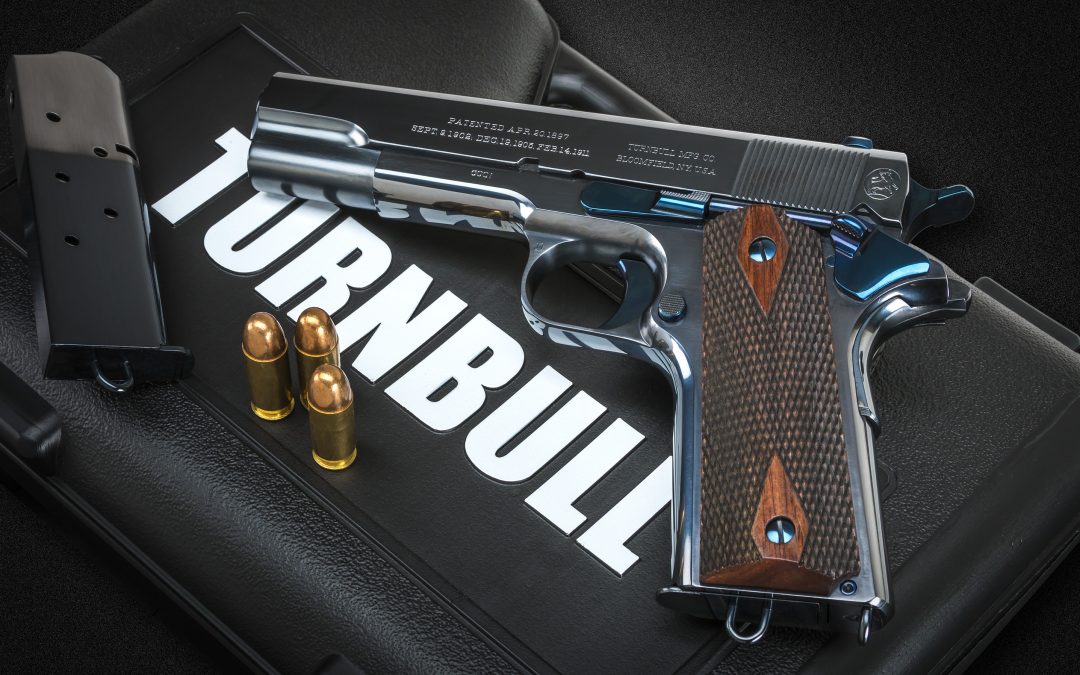 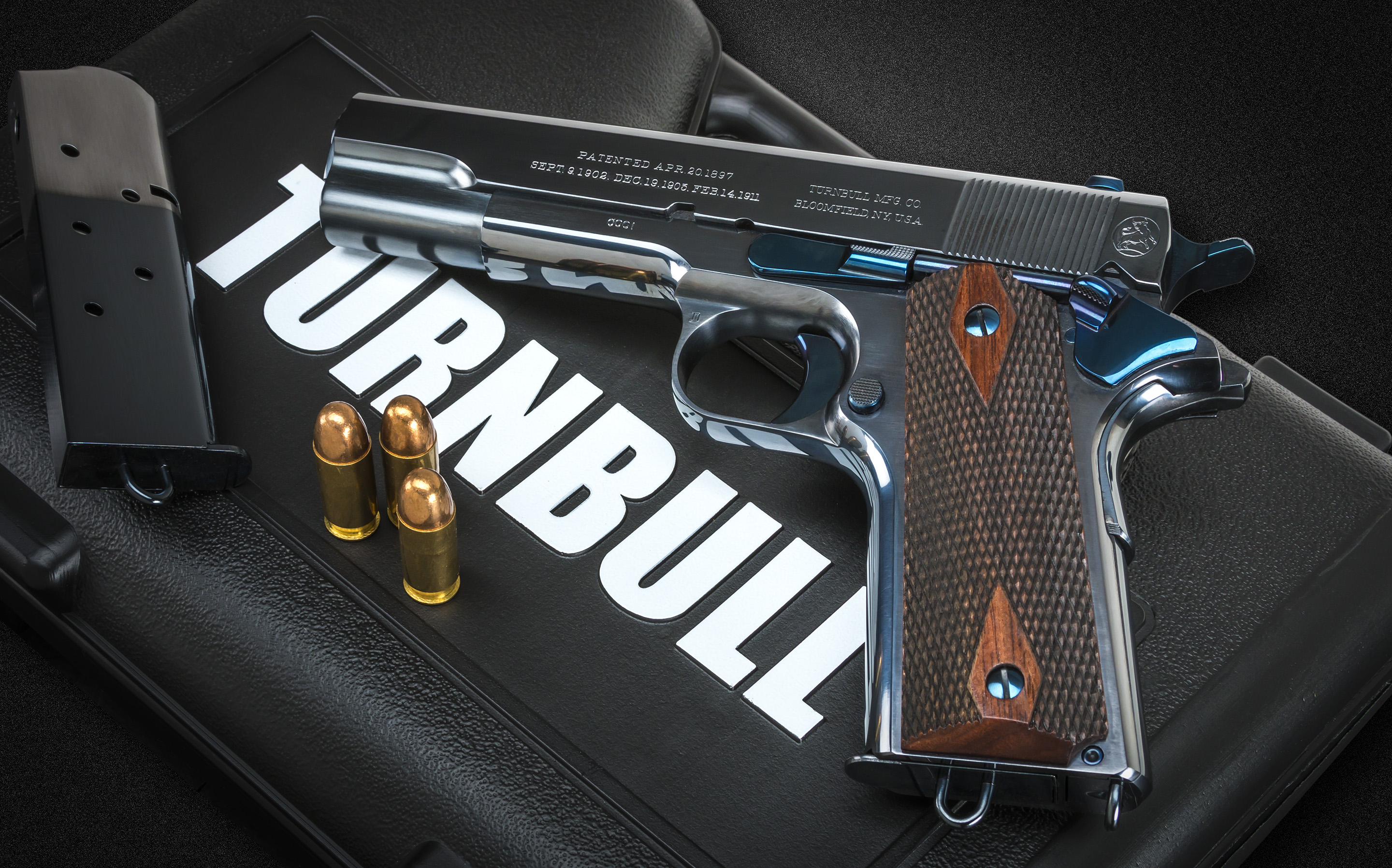 Turnbull Restoration is proud to announce a limited edition recreation of the iconic Commercial 1911 Government Pistol. The pistols will all have the early style commercial finish that was applied to them in their original manufacture in 1912. These .45 ACP pistols are set to be released on July 4, 2017 to mark their significance in the history of American firearms.

“The 1911 is simply the best known and still most beloved pistol design in firearm history and the Commercial is the design that people most identify with it,” said CEO and Founder Doug Turnbull. “It just made sense to honor this purely American firearm design by releasing it on Independence Day.” 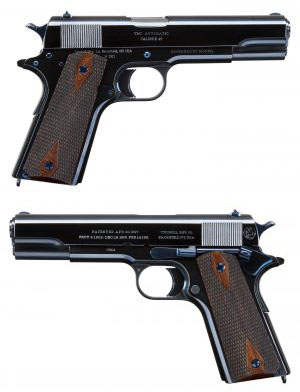 The Turnbull Commercial 1911 Government will be finished in the circa 1912 early style, including a high polish charcoal blued slide and frame. The one piece solid steel trigger as well as the slide stop hammer and grip screws are nitre blued for strength. Two 2-tone magazines with the then standard lanyard loop are included.

Serial numbers and other stampings will be consistent with the style used on the originals on the left front of the frame. Every pistol will have Turnbull’s “Turning Bull” mark on the left rear of the slide. Each Turnbull Commercial 1911 includes a Turnbull branded leather case.

The pistols have a 5 inch barrel and a WWI style ejection port. The sight is also in the WWI style with a semi-circle notch. The grips are hand checkered double diamond pattern in American Black Walnut. The safety lock is in the early style with a knurled undercut thumbpiece.

“All of us here are serious firearms enthusiasts and collectors,” added Turnbull. “It is that love and admiration for early American firearm design that drives us every day.”
Turnbull is known globally for the ability to take even the most damaged collectible gun and return it to its original look, feel and function. They offer a line of new production firearms that incorporate the same quality look and feel as the collectibles they are famous for restoring. Also available are authentic vintage firearms of many iconic brands from private collections that Turnbull has purchased and inspected, cleaned and restored where needed.

Now in their 3rd decade, Turnbull Restoration Co., Inc. has maintained a strong commitment to building firearms the way they used to be built. Founder and CEO Doug Turnbull is best known for his mottled color case hardening which stands out as the most striking and unique. Turnbull offers other reproductions as well as a full array of the finest and most respected restoration services in the shooting trade. Please visit us at www.turnbullrestoration.com for more information.