What’s Happening in the Firearm Industry 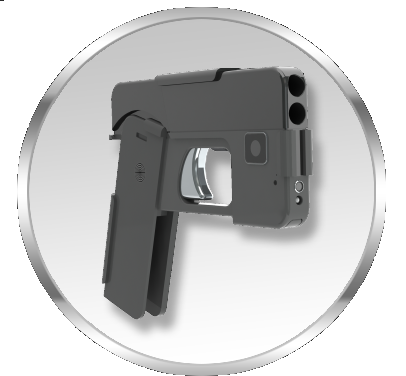 With all the gun related news and information out there, it can be hard to stay up to date.  Here is our summary of what industry related news is happening, going to happen and has happened.

Being a custom gun maker, we have always had an appreciation for new gun designs.  There have been some new products to hit the market over the last month that we think are pretty interesting.

The Ideal Conceal, is a .380 compact carry pistol designed to fold up and look like a smart phone.  The grip of the gun folds up over the trigger, and completes the shape and look of a smart phone in its case.  The design is about the size of a Galaxy S7 in a case, about 3 inches by 5 inches.  The gun was invented by Kirk Kjellberg out of Minnesota.  Kjellberg developed these Ideal Conceal guns after he was called out by a kid for carrying a gun, at which point, the entire restaurant knew he was carrying.  The pistols are retailing for $395.00 and are being advertised as 100% American made.  These guns have been met with some criticism over the effectiveness of concealing them, however, we will let you be the judge. 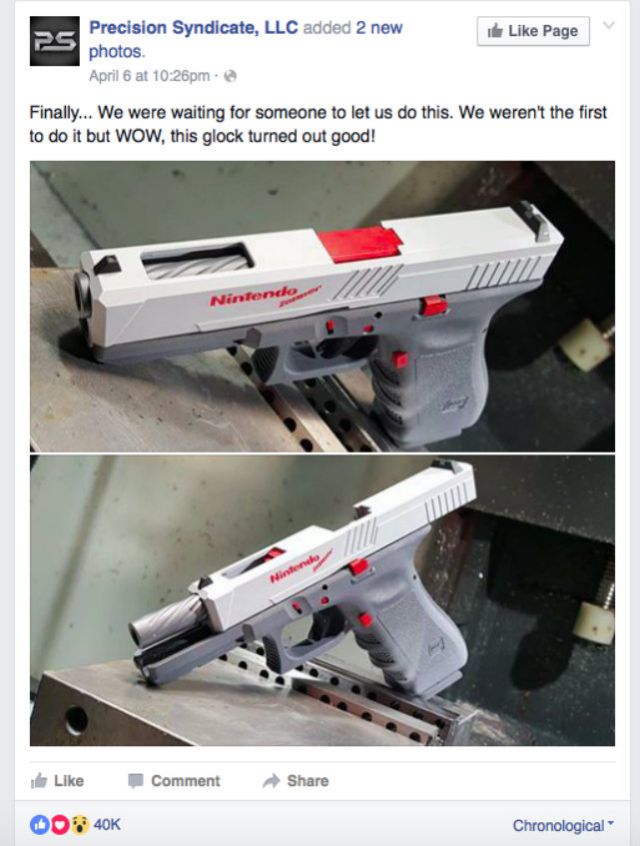 8 Bit Nintendo Video Game Zapper Glock.  This custom built Glock was specially designed and made for a close friend of Precision Syndicate LLC, the company that made this gun.  The gun will not be mass produced.  While it is not the first of its kind, it has raised the most interest on social media and is considered the most accurate of all the designs.  Since releasing images of the pistol on their social media platforms, Precision Syndicate LLC has received an overwhelming response.  The design has drawn more than 36,000 likes on Facebook in less than a week.  Not all responses have been positive though.  Many people have taken to social media to argue that these will be more dangerous to children since they look like toys.

Here are some of the upcoming events that are making news in the industry.

Concealed Carry Expo,  will be held April 29th through May 1st at the Georgia International Convention Center in Atlanta Georgia.  This is the industry’s only show dedicated to the carry and conceal lifestyle.  The show will be a celebration of the carry and conceal lifestyle, which will include guest speakers and fully instructed classrooms.  If you are a conceal/carry person, this is a can’t miss event!

Jack Robertson Sporting Clays Invitational.  The 18th annual Jack Robertson Sporting Clay Invitational will be held on May 26th at the Ten Mile River Preserve in Dover Plains, New York.  This year will mark a first in the invitational’s long and storied history.   For the first time, there will be an all woman’s team competing.  The team is being sponsored by Mossberg and will feature a couple of seasoned shooters along with a few rookies.  The shoot is now organized by the Hunting Heritage Trust and has raised more than $ 325,000 in support of America’s hunting and shooting sports heritage, benefiting groups ranging from USA Shooting to St Jude’s Children’s Hospital and from the Youth Shooting Sports Alliance to the United States Military Academy at West Point-Pistol Team.

Here are some seasons that will be opening up soon.

Washington: Lowland Trout Season Begins April 23.  For many anglers, “opening day” is synonymous with the start of the lowland lakes trout-fishing season, which gets under way April 23 this year. Hundreds of thousands of Washingtonians typically descend on trout-stocked lakes to kick off the state’s biggest outdoor event.
To prepare for the upcoming season, hatchery crews from the Washington Department of Fish and Wildlife (WDFW) have been working since last year to stock millions of fish in hundreds of lakes throughout the state. Anglers can find how many went where at http://wdfw.wa.gov/fishing/plants/statewide/.  All 2015/2016 fishing licenses expired as of March  31st 2016.  Be sure to get your new fishing permit before you head out.