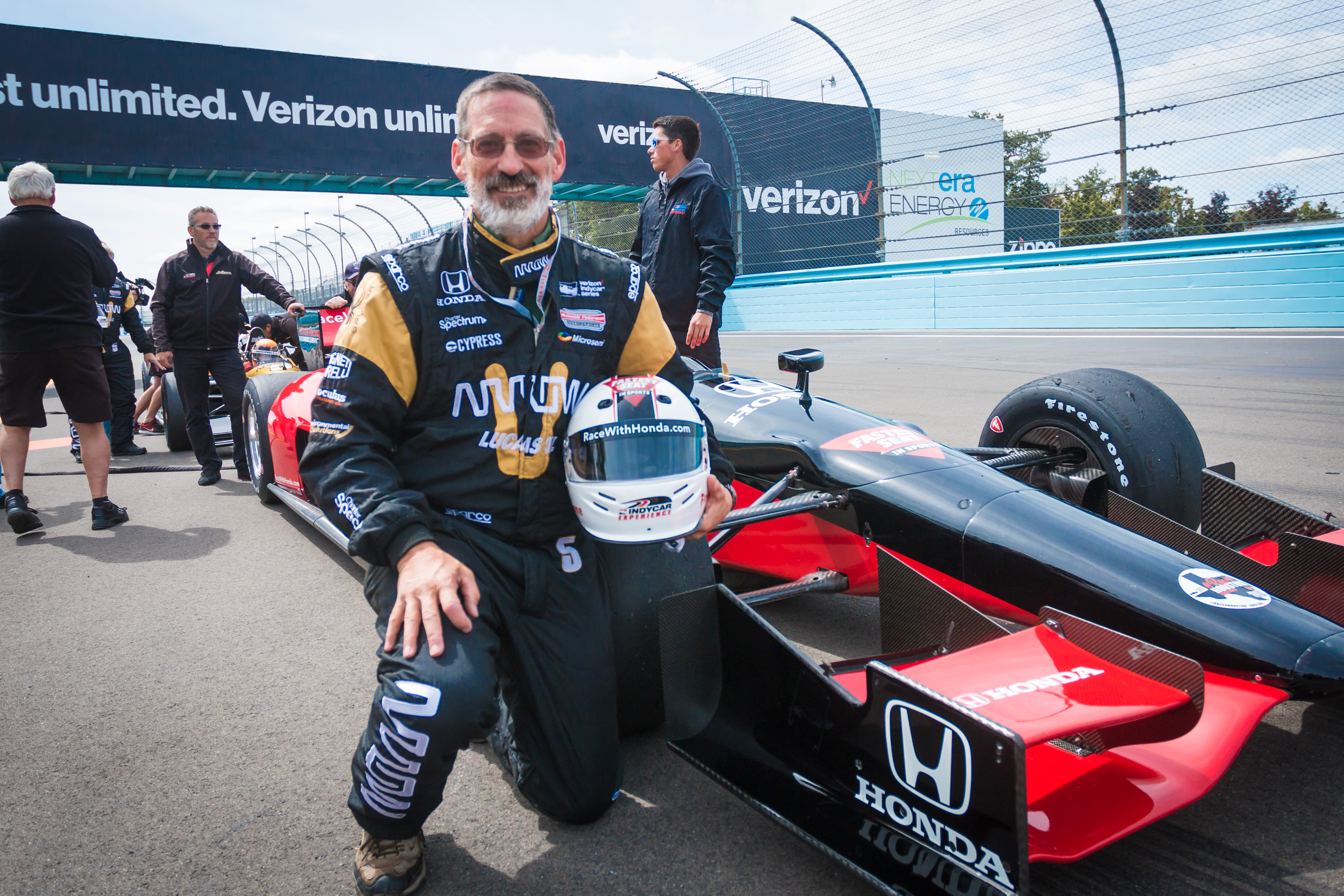 Doug is all smiles after his ride.

So what’s a vintage gun restorer from Bloomfield, New York supposed to do when his friend and customer calls up and asks if he’d like to ride with American racing legend Mario Andretti? Well, you put everything down and say “see you at The Glen!”

Thanks to his friend Mike Henry, Doug got to do just that on September 1st when Indy Racing Experience (IRE) pulled into town as part of the IndyCar Grand Prix at The Glen.

Mike, who’s an IRE transport driver, greeted us in their paddock just off of pit row at the historic Watkins Glen International raceway. The track is an enjoyable 90-minute drive south from our shop, through the renowned scenery of the Finger Lakes Region. Mike was quick to introduce Doug to all sorts of kind folks, including IRE owners Scott Jasek, Joe Kennedy and Jeff Sinden. Before long, Mario Andretti himself arrived. Watkins Glen was once home to the Formula One United States Grand Prix, where Mario started ten races from 1968 to 1980. I’m sure he was excited to tackle the track again, which holds countless memories for Mario. Speaking of memories, while settling into the IRE driver hauler Mario shared with me that he’s celebrating the 40th anniversary of his win at the 1977 Grand Prix of Italy. That famous win took place at the equally historic Autodromo Nazionale di Monza in northern Italy. This victory is just one in an astounding career filled with open wheel wins and titles, including the 1969 Indianapolis 500. With everybody suited up, preparation for Doug’s ride of lifetime began.

To say Doug was blown away by the sensation of speeding through the fabled turns and elevation changes of The Glen is an understatement. Still buzzing with adrenaline, Doug explained what it was like to ride along with a World Champion in a 700hp open wheel grand prix car. “It’s absolutely incredible, and totally different than going in an oval. You feel the car slide, the breaking is incredible, the acceleration – it’s just a whole experience that is unbelievable.”

IRE’s attention to detail and commitment to precision is truly impressive. There are countless parts to be tuned and maintained, problems to be solved, schedules to be kept, unyielding safety procedures to be executed, and a proud heritage to be upheld. Thank you Mike, Scott, Joe and Jeff. We had an amazing day at Watkins Glen, and you gave Doug an experience that he’ll never forget. 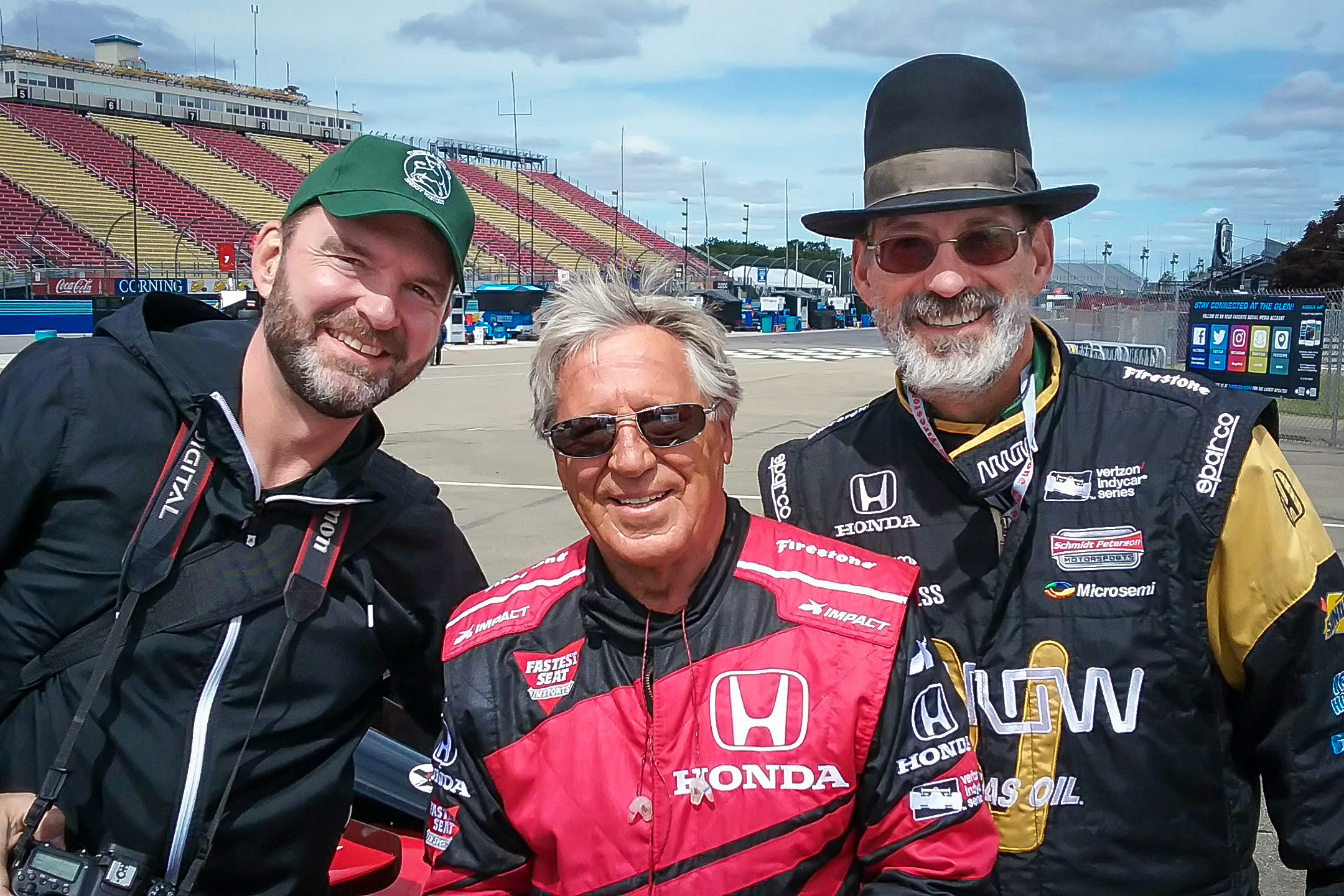 (l-r) Your photographer and writer, Mario Andretti, and Doug Turnbull.