Chat with us, powered by LiveChat
0 Items 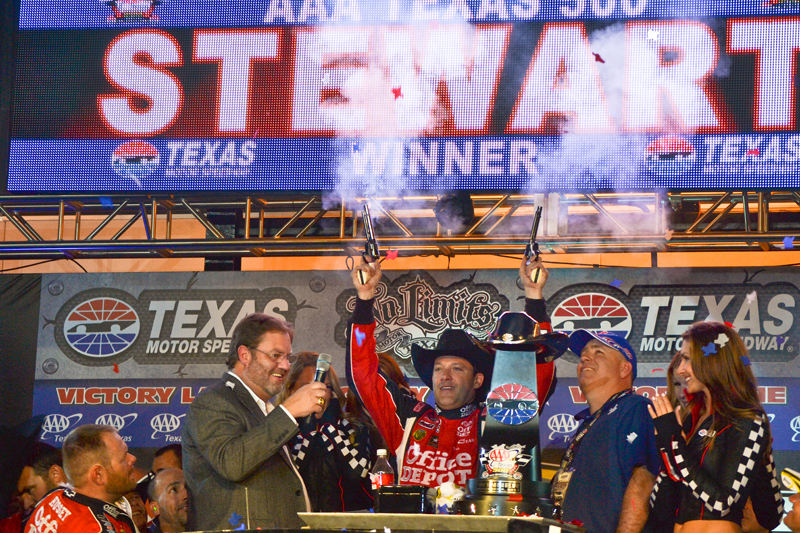 On Friday after qualifying, Doug Turnbull presented Greg Biffle and the #16 team with a Turnbull Model 1886 rifle.

On Sunday, after the AAA Texas 500 NASCAR Sprint Cup Race, Doug Turnbull presented the winner, Tony ‘Smoke’ Stewart and the #14 team, with a pair of Turnbull Mfg. Company custom revolvers.  Tony fired off the guns ‘Texas-Style’ before he was presented with his trophy.

Congratulations to both Greg Biffle and Tony Stewart for being the latest NASCAR drivers to win our guns!