Memories of Quigley Down Under 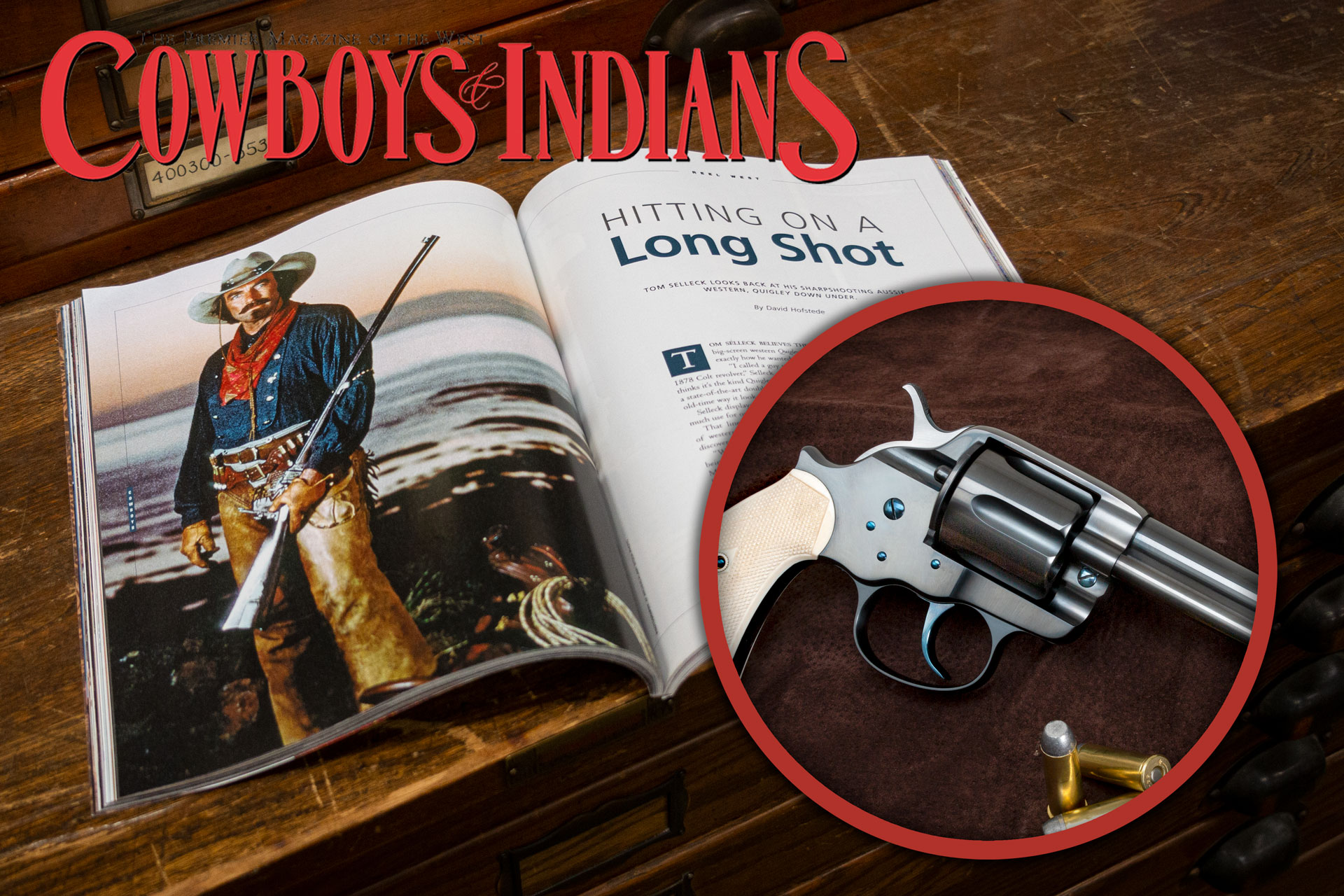 We’re honored to have helped our friend Tom Selleck celebrate the 30th anniversary of his popular big-screen western Quigley Down Under. Restoring his Colt Model 1878 and engraving the back strap with “M. Quigley” marked the occasion in style! You can see the restoration in detail here, and relive the memories of Quigley Down Under at CowboysIndians.com.

Read the Story at CowboysIndians.com

NOTE: this is an example of a previous customer restoration, and therefore the firearm is not for sale. Please browse the showroom for our current selection of restored, pre-owned, refinished and manufactured firearms. SUBSCRIBE to our newsletter to be among the first to learn about new additions to our website.

The release of the first double-action revolvers heralded the evolutionary pinnacle of Samuel Colt’s cylinder guns. The year was 1877, when Colt’s Patent Firearms Manufacturing Company came out with its first double-action known as the Lightning. Colt’s namesake company soon followed with the Model 1878, a big-bore, double-action brother to the Single Action Army (SAA).

This example, manufactured in 1898 and chambered in .44-40, belongs to Hollywood actor Tom Selleck. The antique revolver was restored to help commemorate the 30th anniversary of Mr. Selleck’s big-screen western Quigley Down Under.

For More Information, or to Share Your Restoration Ideas